Survivors pose with British soldiers soon after the liberation of Bergen-Belsen. 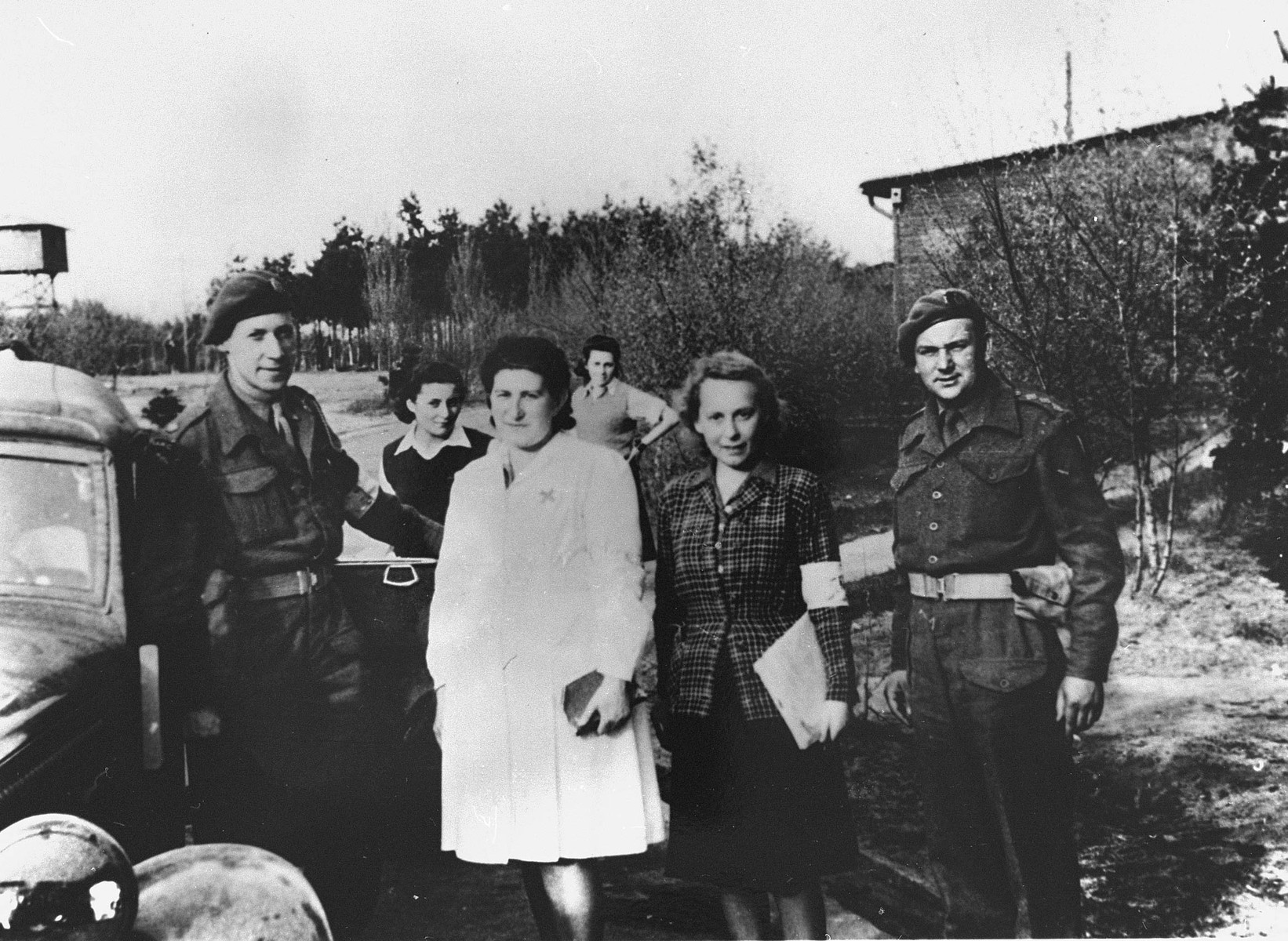 Survivors pose with British soldiers soon after the liberation of Bergen-Belsen.

Among those pictured is Hadassah Bimko (second from the left), Captain Winterbottom, and Dr. Ruth Gutman.