One day after their liberation, a group of former prisoners at the Ebensee concentration camp pose outside for US Army Signal Corps photographer Arnold Samuelson. 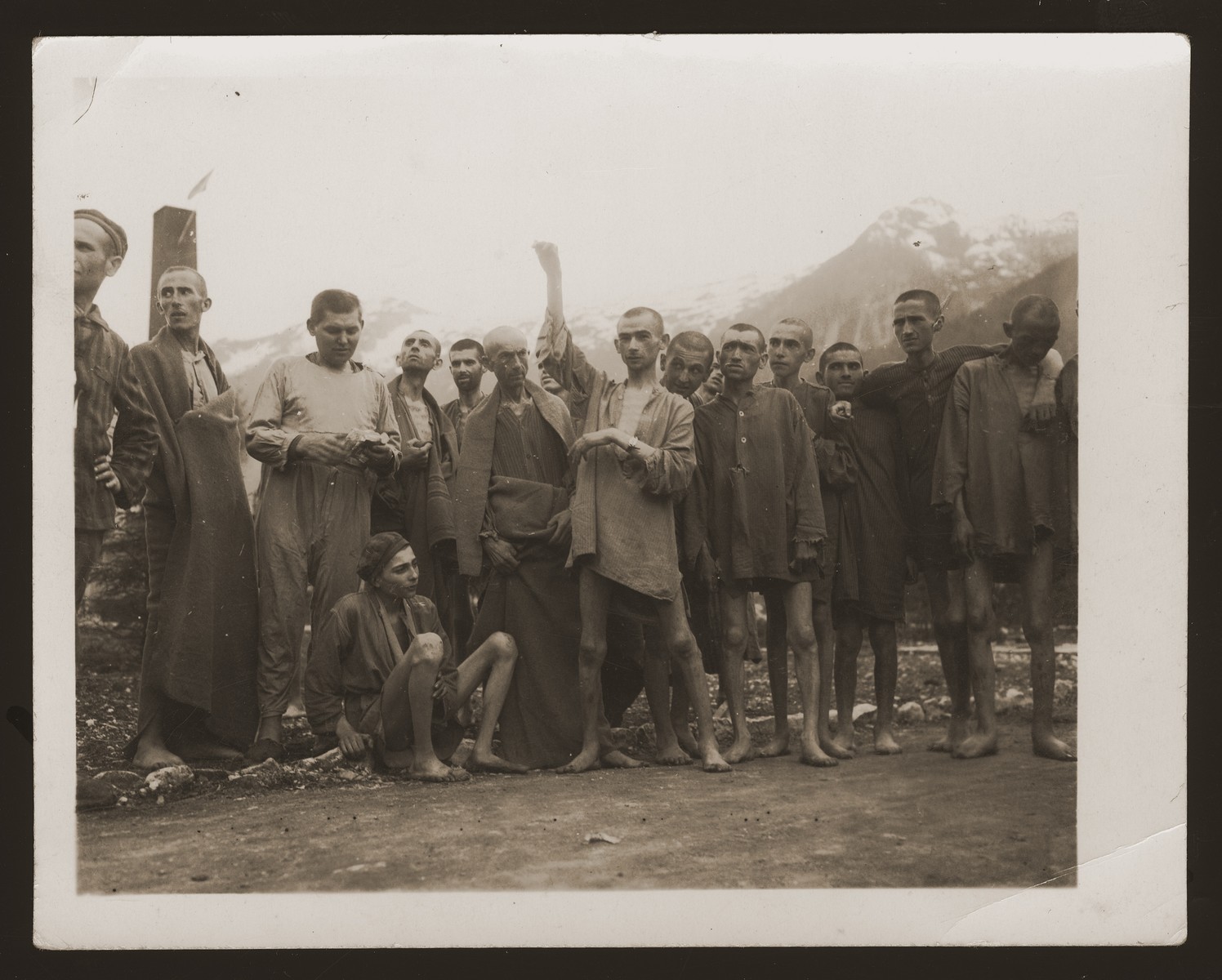 One day after their liberation, a group of former prisoners at the Ebensee concentration camp pose outside for US Army Signal Corps photographer Arnold Samuelson.

The former prisoners came out of the infirmary barracks in order to be photographed. Visible behind them is the top of the crematorium chimney with a white flag on top. Among those pictured is a 21-year-old Jewish survivor by the name of Joachim Friedner from Krakow, Poland (center with raised arm).