Survivors mill around the former roll call area in the Ebensee concentration camp. 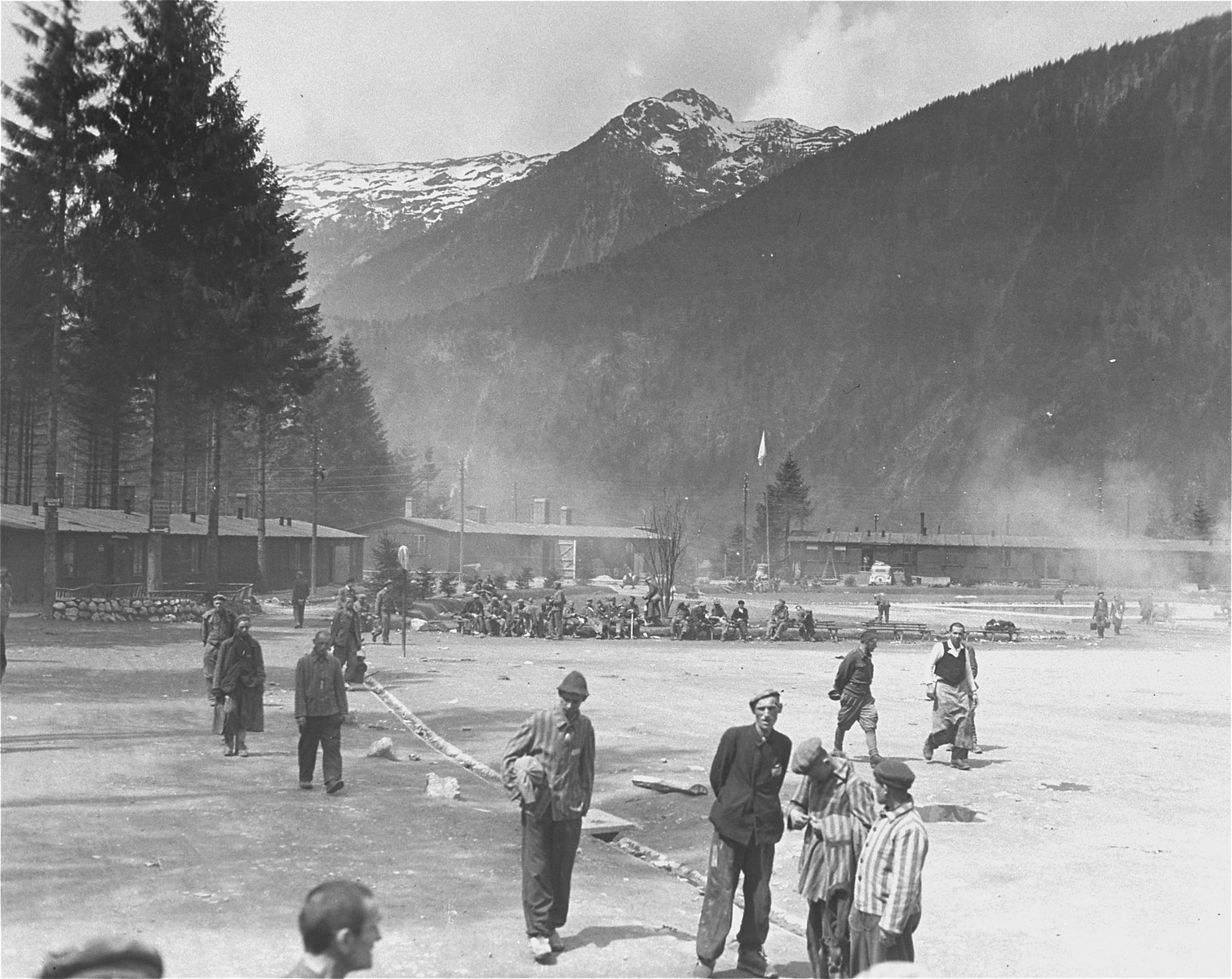 Survivors mill around the former roll call area in the Ebensee concentration camp.

The snow-capped peaks of the Alps Mountains loom in the distance.