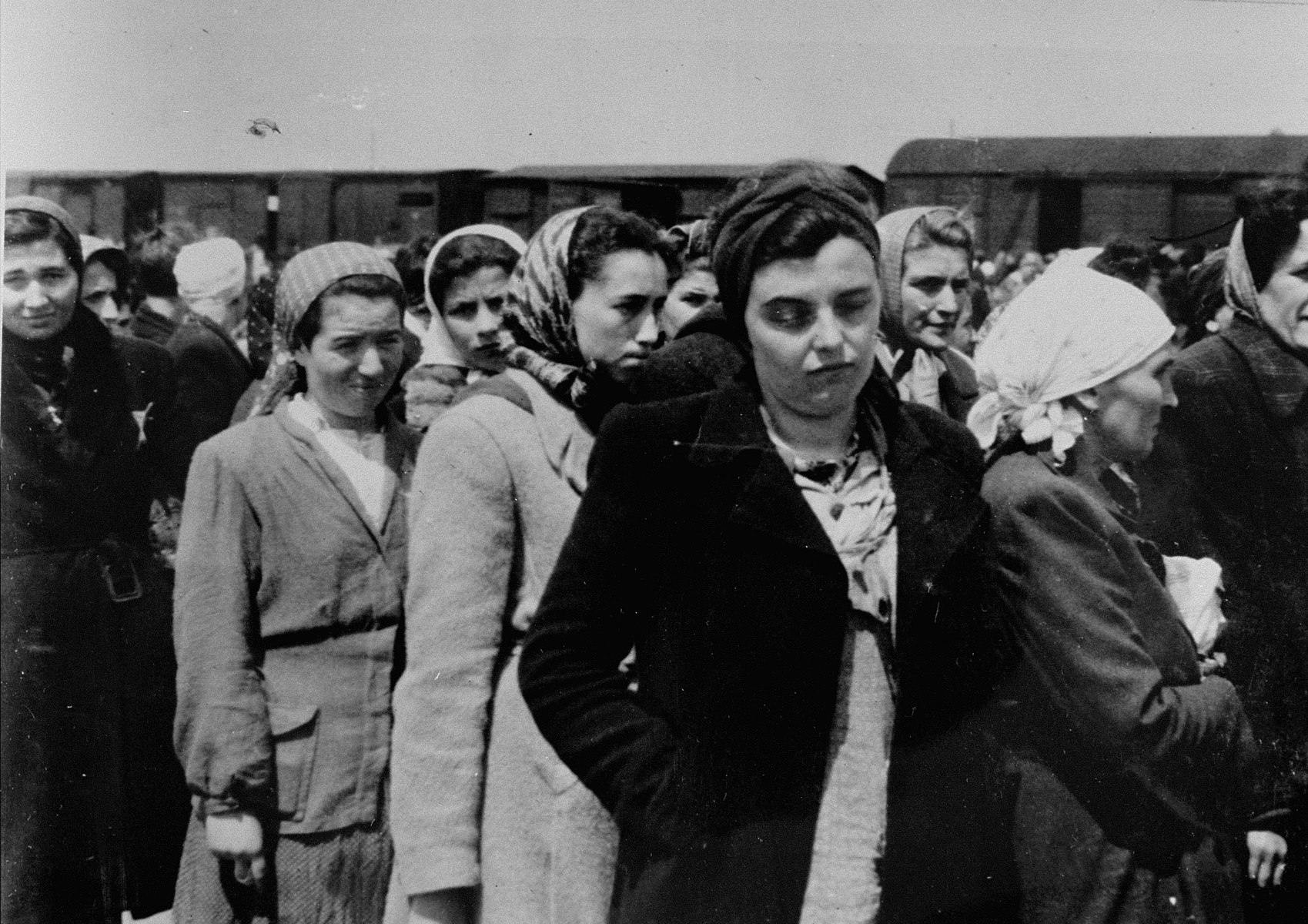 In the front row is Cilly Stahl, the daughter of Rabbi Elazar Stahl. Behind her, on the right is Sharry Ganz. First from left, in the back is Sury Aron, next to her is Chedvah Zelig, daughter of Elazar Farkash, and third from left, in a white kerchief is Blanka Simsovics. All the women are from the town of Tesco.

[Sources: www.yadvashem.org/exhibitions/album_auschwitz (2000); Swiebocka, Teresa, Auschwitz A History in Photographs. The Auschwitz-Birkenau State Museum, 1993]
Biography
Piri, Blanca and Esther Simsovic all survived the war. (As did their siblings: Ceili, Mookie, Mandee, Ejou. Their parents, as well as Ceili's children, perished at Auschwitz.) Piri immigrated to Israel with her husband, Hershey Rezmovits in 1947 on the boat The Four Freedoms, eventually settling in Cholon. Piri and Hershey had two children, Chaya and Dov. In the 1960's the family relocated to Brooklyn, NY, USA. They went by the names Pearl, Harry, Helen and Bernie while there. Piri and Hershey later retired in Natanya, Israel. Her children still live in Brooklyn. Chaya married Baruch (Barry) Grodzinski who was on board the ship, the Exodus. Esther (Estee) Simsovis married Hindra Goldstein after the war and settled in Migdal Ha'emyck, Israel. Their children continue to live there. Esther testified at the Eichmann trials. She was also interviewed several times by various media sources. Blanca and her daughters continue to live in Israel as of 2008.