Façade of the synagogue in Kastoria (built in the 1800s and destroyed after WWII), inside there is a flag with the Star of David and a tablet with Hebrew writing/Ladino [plaque for Bocko Mayo with a poem that speaks to his qualities). A small child picks flowers off a bush. Isaac Elias, Sr. and his wife stand arm in arm and blow kisses to the camera. A young Maurice Russo at far right. Little girls wave at the camera. The outside storefront of Isaac Elias’s sewing machine shop (Isaac is the father of Jack Elias, the patriarch of the last remaining Jewish family in Kastoria today). Isaac stands in front of his shop. Isaac Elias Sr.’s wife looks down from her balcony [she perished during the Holocaust]. Man walks down the street towards the camera. A boy looks in the window of the sewing machine shop. Greek police/soldiers walk down the street. More people, including Isaac Elias Sr. on the balcony [the Elias family lives in this house today]. VAR shots of local Kastorians. Picking large bunches of flowers. Women on the balcony of a home. A Greek policeman and family. Another women on a balcony. A man stands in front of a house. A couple walks down the street. A group of men on the street. Elderly man with fez and cane. Landscape images of mountains and hillside from the perspective of a moving vehicle on a bumpy road. Street scenes, in Salonika or Athens, a woman walks down a set of stairs towards the camera. 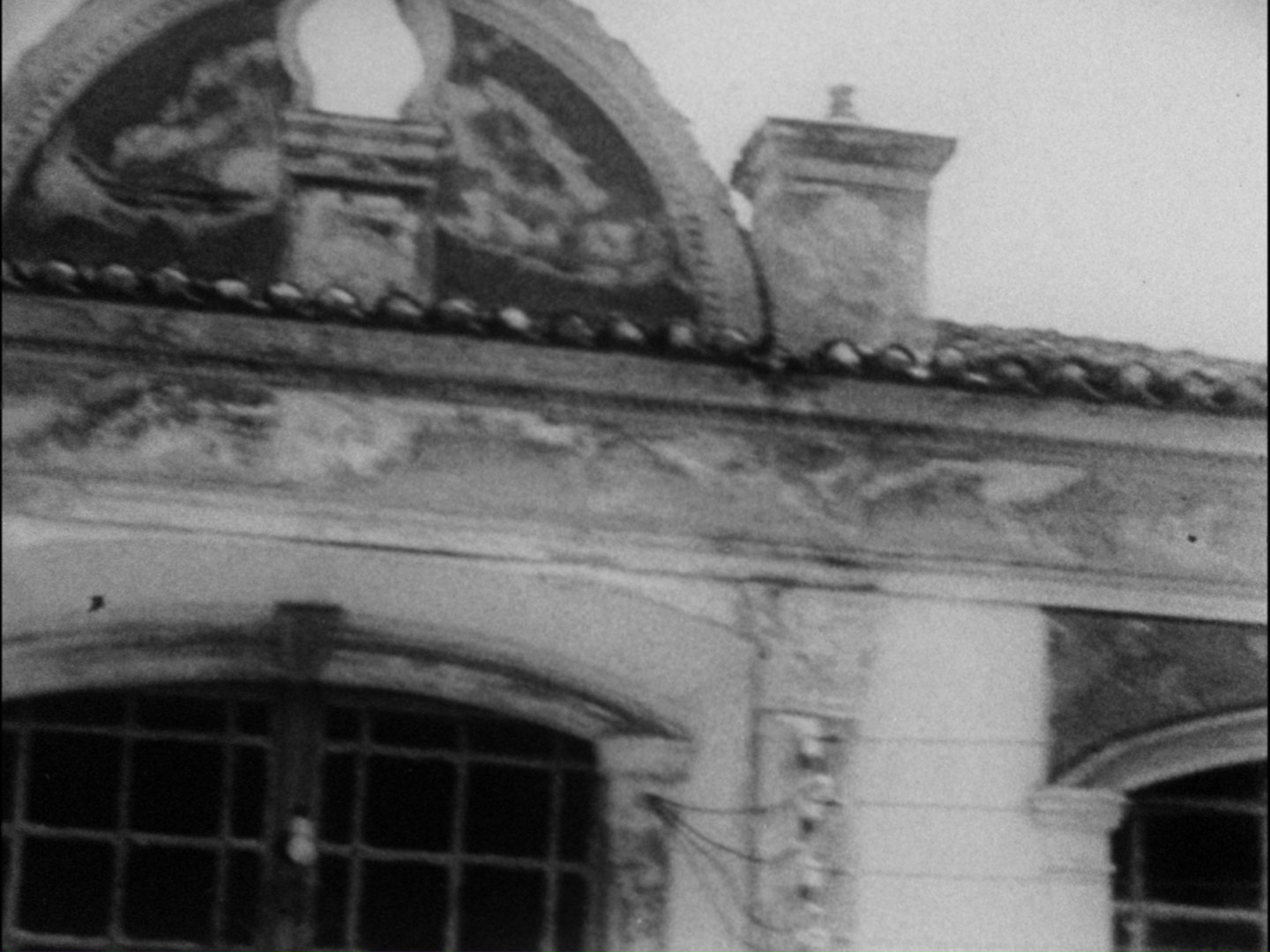 Legal Status
Permanent Collection
Film Provenance
Sam Elias recorded his trip to Kastoria with 1935 or 1936 with 16mm film. Martin Elias, the grandson of Sam, donated a digital transfer of the original black and white films to the United States Holocaust Memorial Museum via Larry Confino in May 2017.
Note
Footage from the Sam H. Elias Collection was featured in the 2016 documentary "Trezoros" directed by Larry Confino and Lawrence Russo. The film illustrates the Greek Sephardic community of Kastoria. Of the 1000 Jews who lived in Kastoria before the Holocaust, only 35 survived.
Copied From
16mm
Film Source
Martin Elias
Mr. Larry Confino

Copyright
Copyright. Martin Elias
Conditions on Use
The Museum does not own the copyright for this material and does not have authority to authorize third party use or Museum use. For permission, please contact the rights holder, Mr. Elias.
Record last modified: 2020-02-04 10:38:44
This page: https://collections.ushmm.org/search/catalog/irn562761

[Problem with film scanning at head of film reel, likely due to shrinkage or broken splice] MS, friends. They bid farewell at a train station. Large group of young children elders. A friend on a busy city street in Athens tips his hat to the camera. Cars in the BG. Sam H. Elias in dark suit walks in a paved garden, waving at the camera. His friend returns, sitting against a flowerbed. MS, Sam Elias again, smoking by a statue. He walks up the steps of a columned government building in Athens. Three Greek soldiers walk by [film transfer problem, some shots repeat]. A sailor and two other men stand by a deer’s cage in the zoo.

EXT pan of a building. Children stand outside. Pan, shopfronts with signs in Greek, crumbling stone wall on Metropole Street. A man with hat walks along the street. Houses over a lake, pan coastline. Residences, laundry hanging from balcony. A woman walks in the street. Another woman steps outside her house. A man walks towards her and they shake hands. Cobblestone streets in Kastoria with local people walking around, including Nona, Sol, and Victor Hazan. A woman does the washing in a body of water. A group of men in hats and long jackets walk towards the camera. Pan, building with balconies. [brief black] People, under umbrellas, walk down the street. Two cobblers sit on the street, cobbling shoes. Kastorians pose for the camera in a shop doorway, including a group of businessmen with Hazan (seen earlier). Outdoor vendors. Hazan shakes hands with another man. More outdoor vendors (fruit, fabric, etc.). 04:02 Unknown location in Greece, a herd of donkeys on a hillside. Local poor people, donkeys mill about. An outdoor marketplace. Meats and shoes for sale. 05:13 Isaac Elias shakes hands with another man in front of a building with a sign in Greek (his money exchange business). HAS, woman weaving on sidewalk. At the Elias residence, an elderly woman holds a baby, flanked by two small children. An elegantly dressed woman joins carrying a baby, posing for the camera. Other men on street posing, adjusting their hats. Brief shot of poor women huddled outdoors on a street. Field with donkeys. A car. The driver poses near to it. Group of men, pose with a donkey. Blacksmith. A man and his lambs; he holds a knife to one lamb’s neck, simulating a kosher kill. 07:40 School at the Sephardic synagogue in Kastoria, doorway with Greek and Hebrew. A boy and a girl stand beside a sign in Hebrew/Ladino: “Hebrew Message to America; Welcome Bocko Mayo... Friendship and truth is the motto of society]” Another girl joins.

Sephardic school for children in Kastoria

Man and woman stand near a sign that says “Hello America - This the school of Kastoria speaking to you everyone send you their love.” Sam Elias poses with the sign. Another sign in Ladino [names of the members of the Community Council]. Victor Hazan shakes teacher’s hands in the courtyard of the school. Rabbi Mevorah (bearded man). Students march in a circle in the courtyard. Victor Hazan gives chocolate to the children. Lena Elias and Rita among group of schoolchildren; Beni Russo. Children stand in a line, pushing one another, march in a circle again. Victor Hazan gives out more chocolate to the children. A woman brings out a platter of food. The children eat lunch. Local Kastorians stand on a balcony. Victor Hazan and others bring out bowls of food to the children. They eat and pose for the camera.

View of a foggy horizon from a boat. Deck of the boat, with umbrellas and tables. A lifebuoy reads the name of the ship: “Khedive Ismail, London.” A seagull flies by. More scenes from the boat deck. A safety drill with life jackets. Sam Elias wearing a beret, sitting on deck. Another ship passing. Sam Elias wearing a life preserver. Sam Elias smiling and waving at the camera near the railing. Sam Elias holding a lifebuoy that reads “Normandie Havre.” Sam Elias smoking and taking his jacket off, pretending to go for a swim, then putting his jacket back on. Passengers on the deck. Flags flying from the ship mast. Planes fly by overhead. Arriving in NY, The Statue of Liberty.