This French film of 1943 was commissioned by Nazi Germany's propaganda ministry within occupied France. It is notable as the last film to be directed by Paul Riche (pseudonym of Jean Mamy), an ex-Mason. The film virulently denounces Freemasonry, parliamentarianism, and Jews as part of Vichy's drive agains them and seeks to prove a Jewish-Masonic plot. On France's liberation, the film's writer, producer, and director were purged for collaborating with the Nazis. 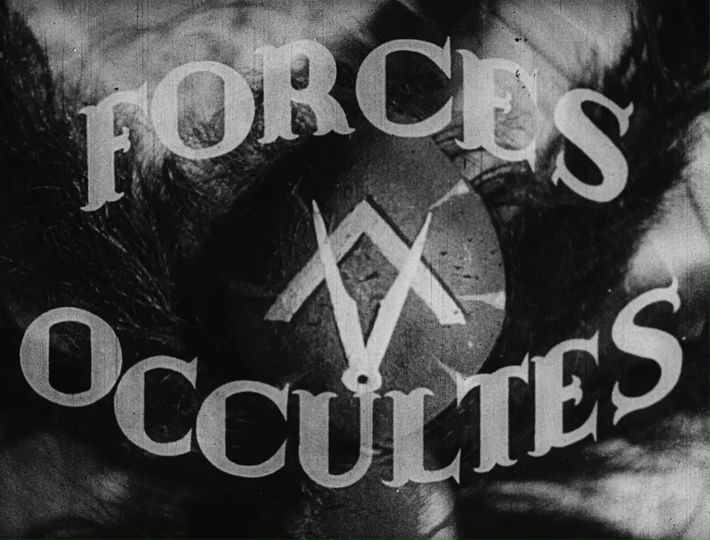 Film Alternate Title
Occult Forces: The mysteries of Freemasonry unveiled for the first time on the screen
Duration
00:00:39
Date
Production:  1943

Credit
Accessed at US Holocaust Memorial Museum, courtesy of the International Court of Justice Nuremberg Archives

Legal Status
Permanent Collection
Film Provenance
The archives of the Nuremberg International Military Tribunal were entrusted to the International Court of Justice by a decision of the Tribunal on October 1, 1946. The archives were transported to the Peace Palace, where representatives of the Tribunal and the staff of the Court took delivery of them on March 14, 1950. The Nuremberg Archives consist of the films presented as evidence during the trial, written documents, and gramophone disc recordings of the hearings. The UN, United States Holocaust Memorial Museum, and the Memorial de la Shoah, cooperatively digitized the film, audio, and microfilm components of the Nuremberg Archives in an agreement signed in July 2017. The digital transfers from 37 original 35mm nitrate films were received in May 2018.
Copied From
35mm nitrate
Film Source
International Court of Justice
Mémorial de la Shoah, Centre de Documentation Juive Contemporaine
File Number
Source Archive Number: H 4153

Copyright
Copyright. International Court of Justice
Conditions on Use
Researchers must obtain permission from the International Court of Justice to copy and use any of the sound and film recordings in this collection. Contact ICJ librarians Cyril Emery (c.emery@icj-cij.org) and Artur Brodowicz (a.brodowicz@icj-cij.org).
Record last modified: 2020-02-04 10:40:38
This page: https://collections.ushmm.org/search/catalog/irn617525